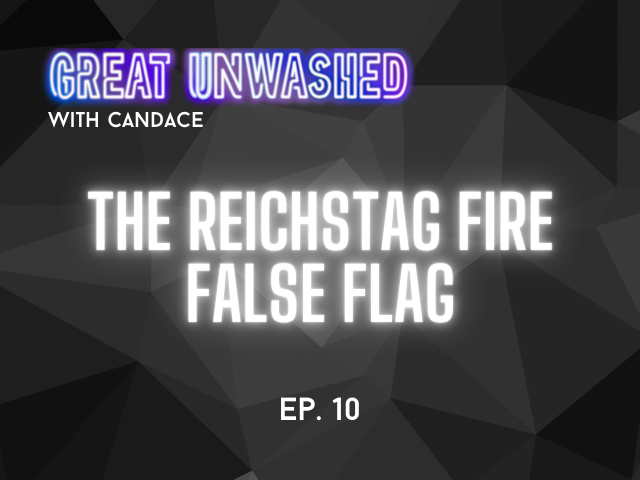 World history is full of secret, false flag operations, including the Reichstag Fire.

In February of 1933, the Reichstag building, also known as the German parliament, went up in flames.

While it was evident that it was arson, it wasn't clear who committed the crime.

A Dutch communist, Marinus van der Lubbe, was tried, convicted, and executed for the crime. However, there's still lively debate about whether he was the one to set the fire or if the Nazis created a false flag to expedite their totalitarianism.

Nevertheless, the point is not about who committed the crime but rather the reaction to it.

One month before the fire, Hitler became the Chancellor. And following the fire, he convinced the president to enact martial law on Germany.

Not letting a crisis go to waste, the Nazis seized the opportunity to rush their new Reichstag Fire Decree through parliament the next day. This move ultimately helped them take complete control over Germany.

So, what was the Fire Decree, what did it entail, and how did it help the Nazis rise to power?

The Decree suspended habeas corpus, freedom of expression, freedom of the press, right of free association, public assembly, and the privacy of post and telephone. The justification for the state of emergency was the fire, with the ongoing threat of potential communist attacks.

Then came the Enabling Act, which handed significant decision-making power over to the new Chancellor, Hitler. It allowed them to bypass civil liberties and checks and balances in the name of a national emergency.

Opposition newspapers were outlawed, and the editors fled the country. Political foes were rounded up and placed into custody.

All the while, what was left of mass media helped fuel the flames, siding entirely with the Nazi party.

Citizens went along with the orders because most of the population was convinced that without these overreaching restrictions on their freedom, they'd be vulnerable to additional communist plots.

The German people welcomed being told what to do because they just wanted to be safe, even if that meant giving up their rights.

During the Nazi reign, liberties the citizens had given away in the Reichstag Fire Decree were never reinstated.

"The True Story of the Reichstag Fire and the Nazi Rise to Power"
Smithsonian Magazine
https://www.smithsonianmag.com/history/true-story-reichstag-fire-and-nazis-rise-power-180962240/