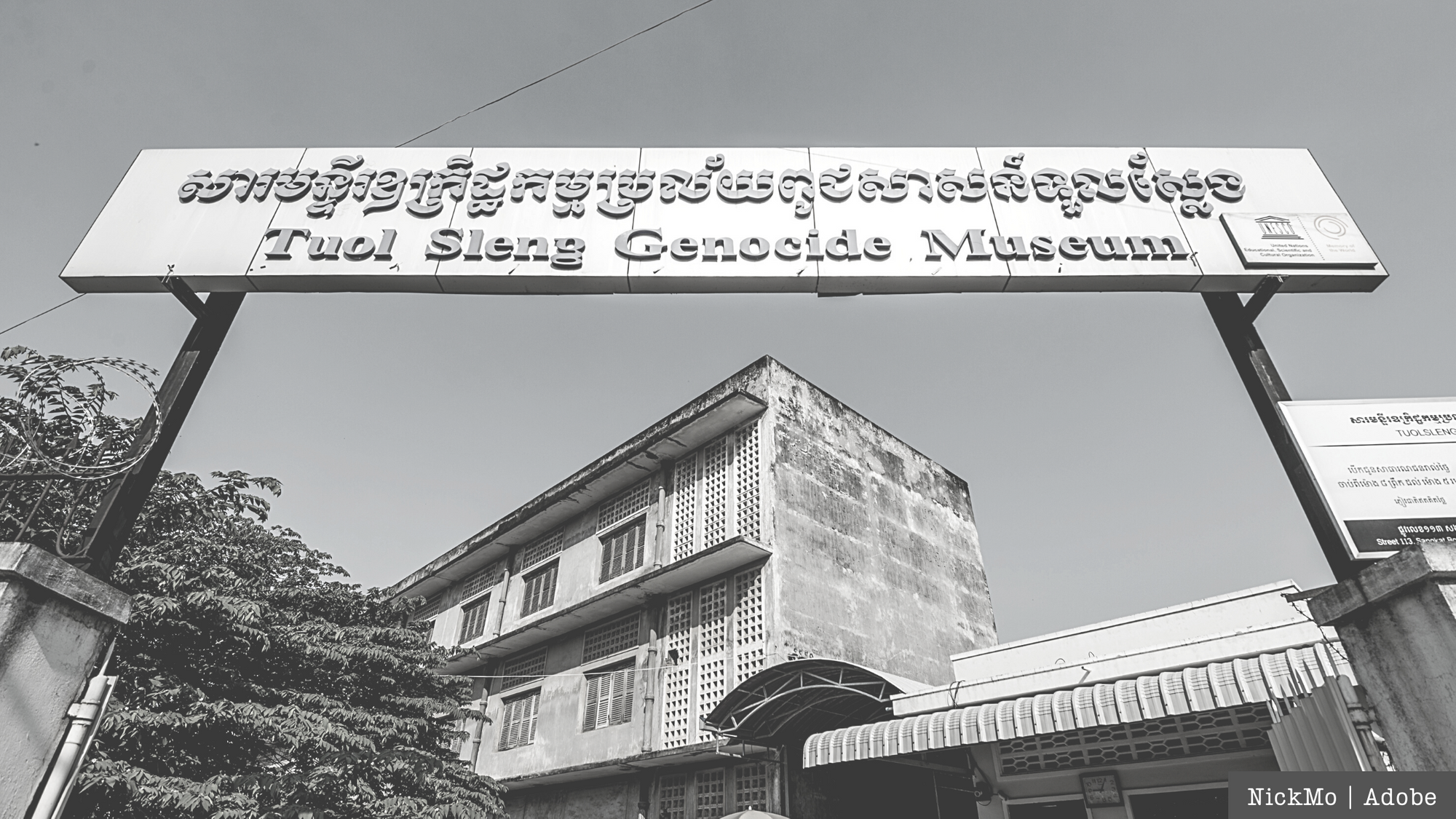 With the American education system on the decline, it's not surprising that today's youth are largely unfamiliar with major historical events and figures such as Pol Pot, Stalin, and Mao. Indoctrination within schools is on the rise, and important history is no longer being taught. This combination has led to a more fond outlook of socialism and communism with younger generations.

Communist societies have directly resulted in the deaths of millions. While these horrific events didn't occur all that long ago, little effort is made to teach this part of our history, leaving us doomed to repeat it.

The Cambodian revolutionary, Pol Pot (born Saloth Sâr), aspired to learn from Marxist-Leninism – serve and better the country instead of the individual. He dreamed of creating a nation that could be proud of its prosperity, "We must revive our national soul and pride."

Pol Pot and the communist movement, Khmer Rouge or Communist Party of Kampuchea (CPK), believed that everyone should be equal. Everything was to be shared, and the citizens were to think with a hive mind to better the whole.

To spoil the ending of this story, the Khmer Rouge rise to power led to the death of nearly a fourth of the Cambodian population – almost 2 million died in less than four years.

Pol Pot's father was a successful farmer and, as a child, he would help his parents in the rice fields. In 1949, he was offered the unique opportunity to study in France on a scholarship. It was there that he met a group of progressive-minded students that he befriended, "Little by little they began to influence my views."

Following university, he returned to his home village to work as a teacher. At the same time, Pol Pot would often meet with his communist friends from university. They would discuss plans to start a revolution that would lead to a more progressive government.

In 1953, Pol Pot returned home, hoping to break Cambodia free from the French and gain independence. He joined the Vietnamese communists, who were already at war with the French, aspiring to learn and become a vital asset. During this same period, the French pulled out of Cambodia and Vietnam, turning over power to the king. Instead of fighting for a socialist government, the Vietnamese men that occupied most of Cambodia made a peace agreement with the king. The agreement forced Cambodians to bury all of their guns in the forest.

Pol Pot refused to comply and chose to continue working with the communists in secret. It was at this time he met Nuon Chea, who would later become his second in command.

Cambodia then took part in its first open election. Pol Pot helped to campaign with the Democrat party against the king, Sihanouk. As predicted, the king won the election, which was rigged with voter intimidation and the arrest of opponents.

"Taking part in elections – that's just for propaganda. In the end, an election is a power struggle and those who have power in their hands are the ones who determine the final results." - Pol Pot

Under King Sihanouk's leadership, members of the communist party were arrested in large numbers and not given a trial. Tensions rose, and the communists retreat into the smaller forest towns, away from the city.

Initially small in numbers, Pol Pot and his comrades continued to plan a way to power. They focused on befriending locals and helping the community.

"We studied a lot of papers – mainly from the Soviet Union and China." - Nuon Chea

With the Vietnam War in full swing, bombing raids resulted in the loss of Cambodian citizens. Locals began to turn to their communist friends for support, and Khmer Rouge numbers grew drastically. They spread out to take over more villages, forcing the residents to swear their loyalty through a strict initiation process.

By 1974, they controlled two-thirds of the Cambodian population. The Khmer Rouge now had enough members to attack the capital city and seize total power of the country.

This organized attack against the city of two million resulted in the loss of many lives. Those in the streets wearing a government uniform were killed on the spot. The Khmer Rouge celebrated their victory briefly with the citizens, who were just happy to have the civil war come to an end. However, they knew they could not waste this opportunity to radicalize. Within the same day, the communist group drove citizens out of the capital, warning that the United States would bomb the area at any moment – though, this never happened.

The people were forced into the countryside, where any remaining government workers were separated from their families and ultimately executed. Anyone with loyalty to the previous regime and intellectuals with college degrees met the same fate. For everyone else who survived, they were assigned work in the rice fields with 16-hour shifts each day.

The evacuation efforts resulted in the loss of 20,000 Cambodian citizens.

Pol Pot and the Khmer Rouge believe that the rich's wealth should be evenly distributed among the poor – creating a society of equals. Forcing everyone to work as a peasant in the rice fields was viewed as a purification process where the individual was to become collective.

Food was distributed equally among citizens. However, the Khmer Rouge ran into a problem with this almost immediately – there wasn't enough food being produced to feed everyone. Because of the widespread starvation, the rice fields would later become known as the killing fields.

Instead of accepting this for what it was, leaders believed that it must be a result of disloyalty and sabotage.

Those caught foraging for food were killed. Falling in love without the Khmer Rouge's permission was also considered a similar offense – all marriages were to be arranged for the country's greater good. Any children born were immediately removed from their parents and raised by the party's instructors.

A third of the population was either starving or sick.

"My sister was accused of stealing rice from the ricefield. She had two little kids... Do you know what they did to her to prove that my sister stole rice? They took a knife and cut her stomach to see if the rice was in that stomach. So, they did and she died." - Youk Chhang

As a result of a suspected treasonous virus spreading throughout the community, the Khmer Rouge created around 200 prisons and began arresting anyone suspected of crimes against the party.

"There is a sickness inside the party. Now, as our socialist revolution advances, we can locate these ugly microbes." - Pol Pot

Pol Pot and the Khmer Rouge were successful in fueling an environment where the individual felt ultimately alone – unable to trust their neighbor because it was unclear where anyone's allegiance lay.

During the height of this in 1976, a prison known as S-21 was formed from a converted abandoned high school. Of the 14,000 inmates that went through it, only seven would survive.

The guards who staffed the prison ranged from 14 to 18 years of age – they were uneducated and influenced by peer pressure. In their minds, all of the prisoners were guilty of something and deserved to be there, so they offered little resistance when asked to carry out gruesome torture. If they refused, they would become prisoners themselves, creating a chain of obedience with fear and distrust.

The Khmer Rouge began by arresting those suspected to be spies or traitors within the party, along with the wives and children. Children were separated from their mothers and told they would be going to the Children's Center – they were taken just down the road and executed. Nearly 10% of the prisoners were women and children. The husbands were tortured until they admitted to crimes, and once the guards felt there was nothing left to confess, their wives and children were killed within 48 hours.

"Many who were imprisoned and killed were supporters. Some didn't admit their mistakes... We killed only bad people, not the good." - Nuon Chea

Every prisoner that entered went through a similar process – a photo was taken with an identification badge, they were placed in a communal cell, their feet were chained to the floor or the wall, they were tortured until they confessed to crimes and forfeited names of other potential traitors, and they were finally executed.

Those who were resilient enough not to confess after extended torture were blindfolded, tossed in a vehicle, and taken to a mass grave where they were struck over the head and their throat was slit.

Inside the prison cells, there were no toilets, only wastebaskets. If a prisoner wanted to turn over in his sleep, he had first to ask permission from the guard. If he did not ask permission, the chains would rattle as he turned, and the guard would give him 100 lashes.

During the torture, the guards would interrogate the men about who they worked for – the KGB, CIA, or Vietnamese. The majority were not traitors at all but knew if they confessed to crimes they never committed and forfeited the names of anyone they could think of, the torture would end.

In the prisoners' records, the Khmer Rouge would never write that the inmate was sentenced to death. Instead, they used the term 'smashed' – coined by Lenin.

The End of the Regime

At the end of 1978, the Vietnamese invaded Cambodia and forced the Khmer Rouge leaders to evacuate. Pol Pot and all of his men retreated into hiding, but not before Nuon Chea gave the orders to have any remaining prisoners of S-21 killed before the Vietnamese could get to them. All but seven of the remaining men were quickly executed.

When interviewed just half a year before his death, Pol Pot stated:

"I have to tell you, my conscience is clear. Everything I've done is first, foremost for the nation and the people."

No one was ever charged for the genocide of Cambodian citizens. Not even Pol Pot. He enjoyed the rest of his life in comfort, dying in 1997. Nuon Chea passed away in 2019.