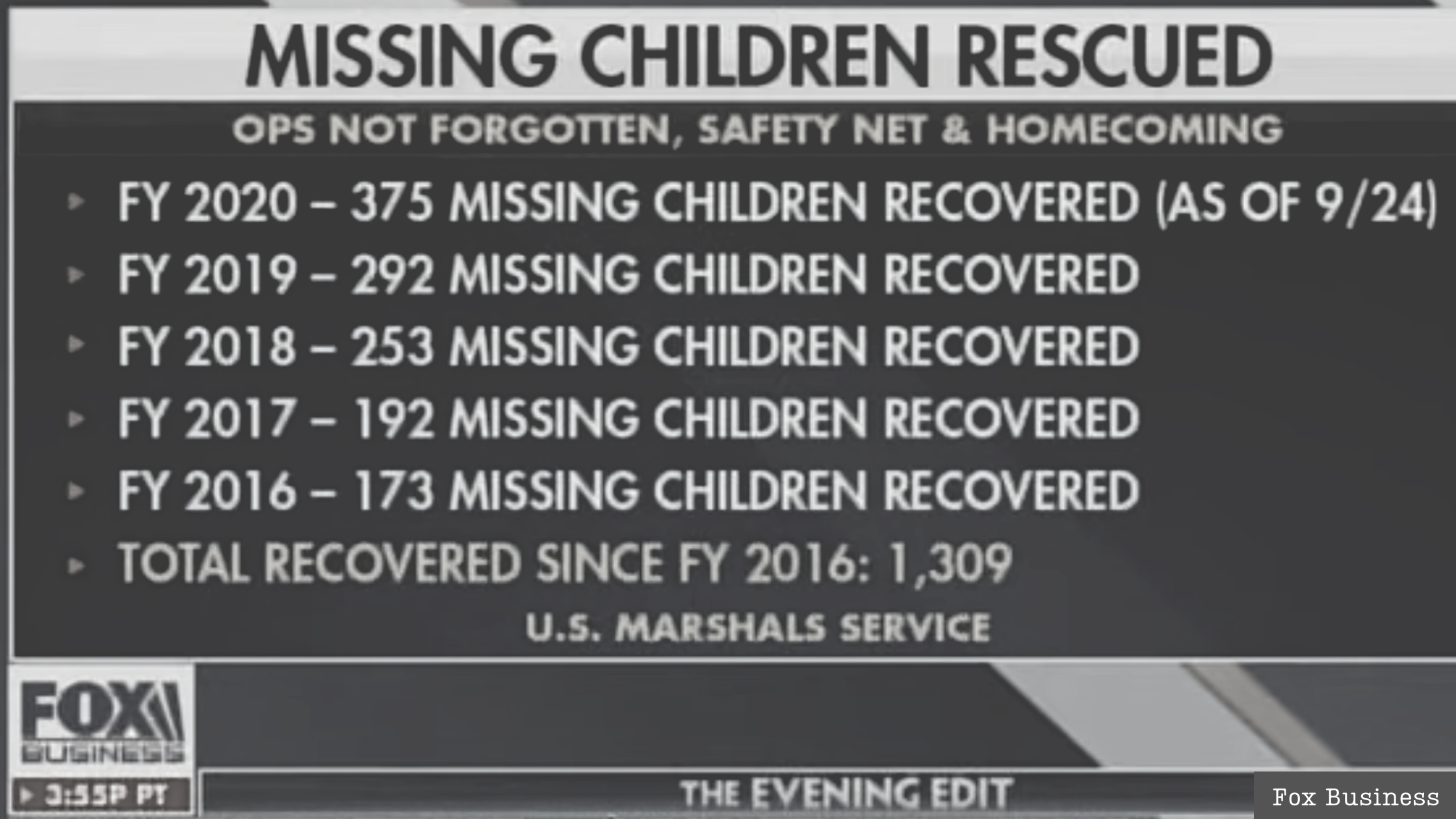 The Q movement, which has been banned on social media sites and the House of Representatives overwhelmingly voted to condemn their rhetoric, insists that President Trump has cracked down on human trafficking, particularly the trafficking of children. As soon as the QAnons released a graph showing how many more arrests have occurred under Trump, the definitely-not-biased "fact" checkers got to debunking the claim.

The viral graphic that you may have seen floating around social media sites pre-banning stated that there had been a 200% increase in arrests. The fact-checkers claimed that the numbers reported under Obama only included ICE arrests, while the numbers reported under Trump... Well, no one actually knows where they got those. Looking into the sources listed on the graph, we can confirm that it's not clear where the post's creator got their numbers for Trump. And, if you were to make a direct comparison of ICE arrests alone under President Trump versus Obama, you really wouldn't see all that much of a difference.

The truth is, it's incredibly challenging to know who has made more arrests. The federal agencies, including ICE and the FBI, are only required to report their totals to Congress at the end of the fiscal year. But that doesn't account for any state arrests associated with human trafficking.

The post created by QAnons is said to be collected from going through the DOJ press releases and adding up all of the human trafficking-related arrests for each year. Therefore, their chart could potentially be correct after all – a very time-consuming task, no doubt and difficult to confirm.

That was the case, that is, until the U.S. Marshall Service Director Donald Washington announced during an interview with Fox, he reported that 1,300 children had been rescued since the end of the 2016 fiscal year.

During that interview, Washington also added that this year alone, 285,000 children have been reported missing. He also gave mention to Operation Not Forgotten, which has saved 325 children this year alone.

On average, ICE's arrests saw less than a 40% conviction rate between 2009 and 2018. A better apples-to-apples comparison would be to see how many children have been rescued under each administration, instead of arrests. Unfortunately, that information isn't available to compare.

One thing that can be compared by the American people, how much more attention human trafficking is getting now that President Trump is in office, despite the constant resistance from mainstream media outlets.

What is Operation Legend?

Great Unwashed Ep. 5: The History of Income Tax in America