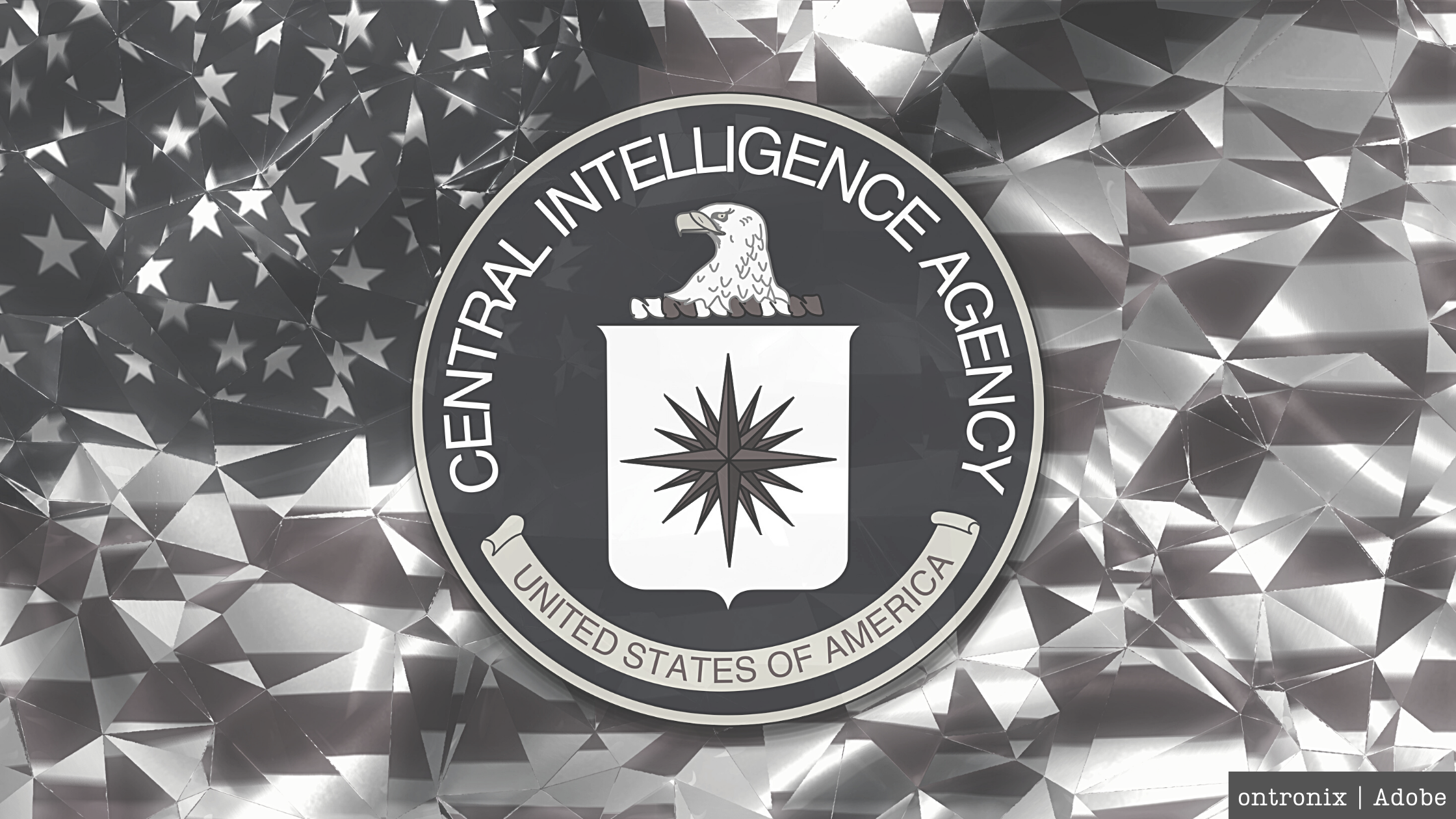 The majority of Americans believe that the mainstream media cannot be trusted to deliver factual, unbiased reporting. However, there remains a large number of people who feel this is simply another conspiracy theory drummed up by the right.

There's an excessive amount of evidence to suggest that the media has a lengthy history of fabricating, propagandizing, and killing any stories that don't fit their narrative. Could this be because of their ties to the Central Intelligence Agency?

During the 1970s, the CIA underwent an investigation due to some questionable activity coming out of the organization, beginning with their suspected involvement in Watergate. In early 1973, James R. Schlesinger, the CIA Director, requested a report detailing any of the organization's dubious activities throughout the last couple of decades. When William Colby took over as the Director later that same year, he received the infamous Family Jewels report, which has since been declassified and made available to the public.

The report detailed many immoral (to downright illegal) actions taken by the Central Intelligence Agency – surveillance on multiple American journalists, plots to assassinate Fidel Castro, opening mail to and from the People's Republic of China and Soviet Union, and potential kidnapping of a KGB defector. All of these activities are explained within the nearly 700-page report.

In 1975, the Church Committee Hearings began investing the CIA, hoping to learn more information about their work with bacteriological weapons of war. While interviewing William Colby, he admitted that the CIA's laboratory storage had 11 grams of shellfish toxin and 8 milligrams of viper venom. Colby almost seems to play this off by saying, "11 grams, a little less than half an ounce," as though this is a modest amount. Frank Church, Idaho Senator, explains:

If that amount of shellfish toxin were administered orally – which is one of the least efficient ways for administering it in terms of its lethality – that quantity was sufficient to kill at least 14,000 people. If it were administered with sophisticated equipment that was found in the laboratory, that quantity would be sufficient to kill a great many more. Estimates vary upwards into the 100s of thousands.

The hearing sought to uncover why the Central Intelligence Agency possessed such a large amount of this shellfish toxin along with a dart gun and fountain pen dart used to deliver the toxin. Director William Colby explained that they were attempting to find an alternative to the L pill (also commonly known as the cyanide pill), which was not an ideal weapon of war because it caused a long, painful death.

Robert McClory, Illinois Senator, continued on to ask Colby about a CIA employee going by the name of Mr. Cooper, who participated in drafting campaign speeches for the president and a fact book on national security for the DNC. McClory asked:

Yes, a CIA employee obtained a Republican candidate's speeches and handed those off to the opposition before the scheduled addresses. Colby confirmed this was true.

The Church Committee Hearing opened up a Pandora's box of ethically questionable activity within the CIA – including Operation Mockingbird.

During the Pike Committee hearings in late 1975, William Colby was questionable about the CIA's working relationships with members of the US media. The initial hearing was open to the public. However, due to the topic's sensitive nature, Colby deferred many of his responses by requesting to answer them later during the executive session – a closed session admitting only senators with clearance to classified information. Even with the limited answers, the American public still got a good glimpse into the Agency's corruption.

You may be asking yourself, why would the Central Intelligence Agency work with journalists at all? As Colby explains it:

During the hearings, the Director states that there are times when they would ask the journalists to publish a story abroad that was fabricated. Colby emphasizes that this is only the case in foreign countries and that they do not intentionally interfere with reporting in the United States. However, as Frank Church points out, it would be feasible for the CIA to channel false stories through a foreign country with the intent of being picked up by American news outlets after the fact – this is explained away as an unintended and rare occurrence.

A Brief Transcript of the Pike Committee Hearing

CHAIRMAN OTIS PIKE: Do you now have people who are being paid by the CIA on anything which you referred to as 'a major circulation American journal?'

CIA DIRECTOR WILLIAM COLBY: We have no staff members of any such thing–

CHAIRMAN OTIS PIKE: That was not the question. The question was, do you have any people being paid by the CIA who are contributing to anything which you called, quote, 'a major circulation American journal.'

CIA DIRECTOR WILLIAM COLBY: Yes, Mr. Chairman, we do. We have some who are in the category of freelancer or stringer, or something of that nature abroad — individuals who are not considered a part of the staff of that journal.

In 1977, Carl Bernstein published a cover story in Rolling Stones titled "The CIA and the Media," where he listed journalists' names and major American media outlets believed to have worked with the CIA. In that article, he mentioned relationships with The New York Times, CBS, Time and Newsweek magazines, Louisville Courier‑Journal, ABC, NBC, The Copley Press, and many other major news organizations. Bernstein writes:

The Agency's relationship with the Times was by far its most valuable among newspapers, according to CIA officials... CBS was unquestionably the CIA's most valuable broadcasting asset.

The President of CBS News, Sig Mickelson, even came out and openly admitted to having an ongoing relationship with the CIA that was established before he took on the role as president.

With the spotlight on Director Colby during this time, he was forced to pull back and terminate some of the relationships that the Central Intelligence Agency had formed with members of the media. However, as it turned out, many of those contacts were just formally removed from the payroll and moved to stringer or freelancer positions to mitigate speculation. By early 1976, William Colby's position as Director was replaced by George Bush. At that point, it was announced:

Effective immediately, the CIA will not enter into any paid or contractual relationship with any full‑time or part‑time news correspondent accredited by any US news service, newspaper, periodical, radio or television network or station.

Reading between the lines of this statement, like many others made by the CIA, the new policy did not terminate the ability to work with members of the media who were freelancers. Therefore, of the supposed 50 connections they reported working with at the time, less than half of those relationships were terminated under this new guideline.

Still not convinced that the mainstream news networks are pushing propaganda and falsified stories? The Smith-Mundt Modernization Act of 2012 (also referred to as the United States Information and Educational Exchange Act) should squash any remaining doubt. As the title suggests, this is a "modernization" of a previous act passed in 1948.

The text from the 1948 version reads:

Well, it doesn't end there. In fact, it goes a step further in Section 208. Clarification on Domestic Distribution of Program Material:

(b) Rule of construction.—Nothing in this section shall be construed to prohibit the Department of State or the Broadcasting Board of Governors from engaging in any medium or form of communication, either directly or indirectly, because a United States domestic audience is or may be thereby exposed to program material, or based on a presumption of such exposure. Such material may be made available within the United States and disseminated, when appropriate, pursuant to sections 502 and 1005 of the United States Information and Educational Exchange Act of 1948 (22 USC 1462 and 1437), except that nothing in this section may be construed to authorize the Department of State or the Broadcasting Board of Governors to disseminate within the United States any program material prepared for dissemination abroad on or before the effective date of the Smith-Mundt Modernization Act of 2012.

The purpose of amending this act is presented as a simple "modernization" – to add social media and other internet outlets as an additional way to spread information to foreign countries. However, when analyzing the careful wording, it reads more like a legalization of channeling propaganda through major news outlets within the United States as well.

Why go through all the trouble of making something legal if it's never intended on being utilized?

What is Operation Legend?